‘Marriage and the Family’ – A Pastoral Letter by Bishop John Buckley 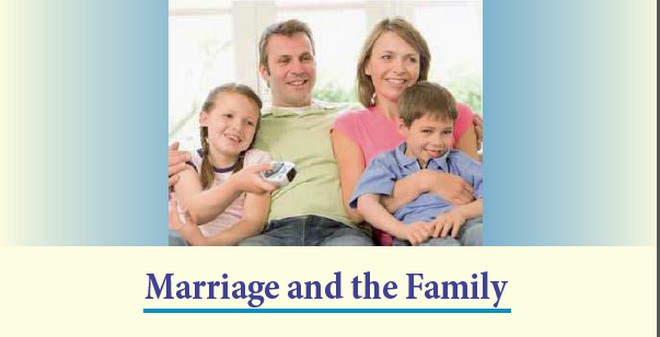 Bishop John Buckley, Bishop of Cork and Ross has issued a pastoral letter entitled Marriage and the Family.

In the Letter, Bishop Buckley writes:

This is a critical time for marriage in our society. Within weeks, the people of Ireland will be asked to vote in a referendum that will change the meaning of marriage in the Constitution of Ireland.

Neither the Church nor the State invented marriage and neither can change its nature. It was there before the existence of either Church or State. Since human life began, men and women have come together to love each other, to have children and to care for and educate their children. All cultures have encouraged men and women to marry so that children can be raised in the best possible atmosphere. Marriage is a natural reality. You don’t have to be a person of faith to value the centuries of tradition which societies the world over have attached to the institution of marriage. History, the natural law, the religions of the world, human experience, the Bible and just plain common sense tell us that this is so.

Marriage is of fundamental importance for children, mothers and fathers and society – all of us need to reflect deeply before changing it. Pope Francis said recently that “the family is threatened today by growing e­ orts to redefine the very institution of marriage”.

The union of a man and a woman is quite different from the union of two men or two women. By nature alone they are very different. The biggest difference of all is that the marriage of man and woman has the capacity to create new life and provide the best possible environment for that life to grow. Fathers and mothers bring something different, unique and essential to the rearing of their children.

This is no reflection on people of a gay orientation. Everyone should be treated with compassion, respect, sensitivity and even the protection of the law. Surely, a way can be found to protect the civil rights of gay people while also maintaining the fundamental meaning of marriage as commonly understood across cultures, religions and down the ages.

This referendum is about the nature of marriage and the importance that society places on the role of mothers and fathers in the bringing up of their children. “Children have a right to grow up with a father and mother” (Pope Francis). Difficult circumstances sometimes mean that it is not possible for a child to be brought up by his or her parents. We cannot, however, support a referendum that redefines and effectively places the union of two men or two women on a par with the marriage relationship between a husband and a wife which is open to the procreation of children.

There are serious concerns that, should the amendment be passed, it will have very serious implications which will arise sooner or later. It will become increasingly difficult to speak any longer in public about marriage as being between a man and a woman. Redefining marriage will inevitably demand a revised curriculum in our schools. What will we be expected to teach children in school about marriage? Will those who sincerely continue to believe that marriage is between a man and a woman be forced, as a result of this referendum, to act against their conscience? ­ is referendum will give constitutional approval to the Children and Family Relationships Bill which proposes to remove all mention of mothers and fathers and which effectively says to parents, children and society, that the State should not and will not promote any ideal family environment for raising children, and implies that the natural ties between a child and its father and mother have no real value for the child or for society.

Marriage is a gift from the Lord who ‘created us male and female’. Christ raised the natural reality of marriage to the dignity of a sacrament. Pope John Paul made history in 2002 when he fulfilled a personal dream and beatified a married couple, the parents of St. ­Therese of Lisieux. Every generation gets the saints it needs. As Christians, it is not enough to talk about the importance of family. The Church provides support, healing and enrichment for all stages of family life.

I encourage everyone to think about these issues and to vote on 22 May. The effects of this proposed amendment will be far-reaching for this and for future generations. I say to all voters: Marriage is important – reflect before you change it.

I am inviting you at this time, and particularly in May, the month of Mary, to pray for marriage and the family which has been described by Chesterton as “nature’s masterpiece”.